As though you took the colors with you 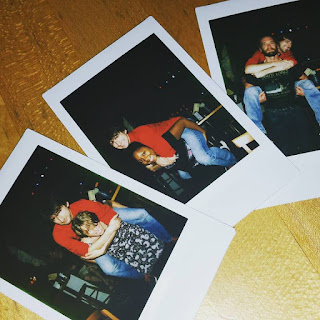 This isn't supposed to be how death works, but it often is.
You wake up and there's a message on your phone saying the unreadable.
In a perfect world its something you see coming; a storm gathering that you can batten down against. And surely it isn't something that happens to the young.
But it is. It seems right now that it always is.

Last night Matthew Lattanzi died back in Youngstown, Ohio. On Christmas.  Today I woke up reading the unreadable.

This isn't how his story was supposed to go. And I don't want to think about it. I had my own plans and notions for how our own story would be: he would maybe join me here. We would keep on swapping stories. He would get published in a big way, and maybe we'd even both get a Ph.D at the same place and sweet tenured positions. But his story ended while I'm here, too far away to even say a proper goodbye.

This is how our story together starts:

I go to a lit reading at a local bar for the college literary art association in 2010. I'm freshly 21 and its really, honestly, the first time I've hung out at a bar. I'm also freshly an author. Or at least, for the first time trying to imagine considering it seriously. I sit through a few readings and a lanky boy steps up on the stage. I can't remember what he was wearing, but by this point when I think of Matt he's in a loud pastel button up with an equally loud tie and a pair of well loved jeans. Its an outfit that suits him. Outfits that announce themselves. That have presence. Because he had presence.  He stepped up on stage and read an excerpt from a ridiculous story he'd written: one pairing Hitler with Justin Bieber. It's absurd and hilarious, and just so funny. His delivery is beautiful.
I know, watching him up there, that I'll be joining the literary arts association.
And even more so I know I want to be this dude's friend. And I was in luck. That night after the event wrapped up we sat together over a couple of beers talking and we very quickly decided to be "best friends!" in our loudest, most slurred voices. Of course, it actually took a year or two before we became more than bar and school pals. But it was the first of many readings I would see him do.

Over the next year we would see each other around, often go out with the same group of friends. We were a like in a lot of ways. Matt was fun. Matt wanted everyone to have fun. He was never afraid to clown around, or look redick. In fact, he often hoped people would dare him to push the envelope. And I fed off that in a big way. 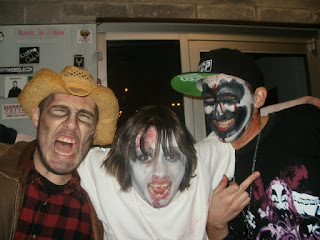 He was the life of every party. That was Matt's public face--super wild, super crazy, super fun party machine. But he was a lot more than that too.
It was when I joined the MFA that I got to see another Matt. When we grew close. We started to really bond then--over the experience of being from similar situations in life, and how unrealistic we had thought it was that we'd be where we were, over our writing--I was a huge fan of his--and over a myriad of personal little things that made us dear to each other. We coped in a similar way. Loud on the outside--all sarcasm and wildness--but quiet on the inside. We started hanging out more alone. We became inseparable in class--joking and wrestling and being just overall hoodlums. But at night we would be much more subdued. We would hang out at my place and drink a little and talk about things that made us hurt, or what we wanted to do with our lives. Honestly, I was going through a rough patch personally that first year of the MFA, and Matt helped me through it in a big way. On one particularly not great night in May I was at his house, and I asked him to "play werewolf" with me. Not even caring what the details of such a venture really entailed, he followed me to a park nearby where we sat on the swings talking, and eventually he laid down in the wet grass with me where we slept until morning (which was maybe two hours away). I woke up and it was raining, but he had taken off his jacket and laid it over my head to keep me from getting wet. Cause that's the kind of dude he was--the kind that would risk pneumonia to keep his silly-sad friend from getting damp. He never thought about himself first.
He was too sweet. Always willing to be there for anyone, and do whatever they needed to make them feel better.
I could say a lot of things right now--I could turn it in to something political. Thats what I usually do, right, when I'm uncomfortable with something. When something is to real.  I could talk about all sorts of things that would turn this death into a statistic rather than what it is: the loss of someone who was more than a friend to me. Someone who was like blood. And the world's loss of one of its brightest, kindest people. Who felt too much. And the literary world's loss of a promising author. 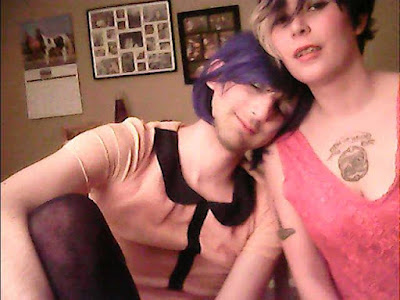 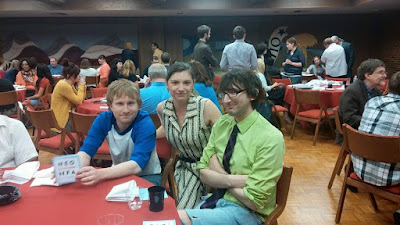 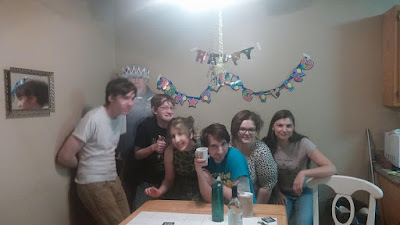 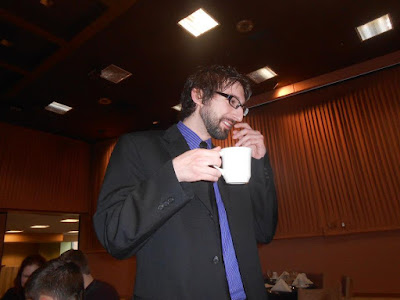 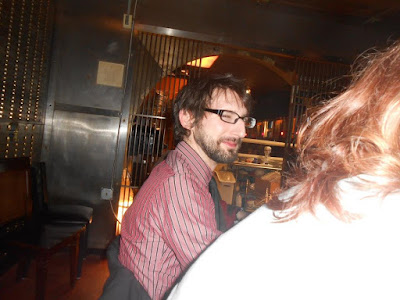 I don't know what to say. I don't. Except that I loved him a lot. I want to tell you all about him--about his fantastic taste in music, movie, books. About his kindness. About his sense of humor. But death is like a suckerpunch. I can't make the words work the way I want. It's been nearly six months since  I last saw him. Two days before I left for Japan. And I always thought I'd see him again. And it feels unreal. And it feels like someone is playing a nasty joke. Like maybe when I come home he'll be hiding in the trunk, waiting to surprise me. And past that it feels unfair. And it feels heartbreaking.

Enough, though, of my lamenting. I want to share what I can of him. Here are his stories. You can download his thesis from the final link. Please do. Every line is a little bit of his life. I'm asking you to help me make him breath again.

I'm going to miss you, Matt.