Brace Yourself; Winter is Pretty Much Here

Woaaah. I haven't done anything here since like October and its already December. Dang. Time keeps on slipping, slipping. Makes a girl kinda sad.
Halloween was great. My school had a big event where I worked in a maze passing out candy. It was at this park called Manno kinda not near anything. I ended up having to take a taxi which was a little expensive but I'm the dipshit who missed the train. During the event I was dressed as a knock off Pink Power Ranger (they called it a Party Ranger on the packaging which I feel is morr apt cause I went out and got hella wasted that night.) 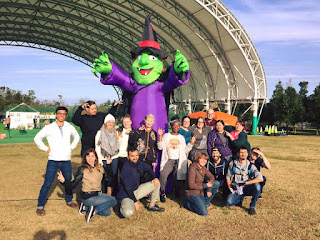 Coworkers and I pre-event

Halloween Night I went to Takamatsu for a JET party with Laura, then back to Marugame for a party at Axis. Kept trying to teach a kid how to rave.

I've been up to a few things since. I got an acoustic and electric guitar so I've been relearning how to do those things, and I've been drawing a lot. In Takamatsu this month they are having a foreigner art show and I submitted a few pieces. 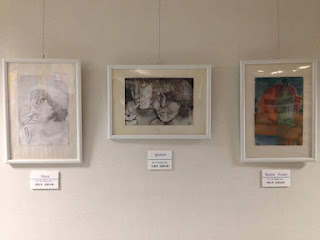 Made a couple of new friends in the area like Julie. She's a woman from the Philippines who speaks perfect English and married a Japanese man about ten years ago. She runs a restaurant near my house. I went to eat there and she sat and talked to me while I did. There was this mega drunk Japanese dude saying what I could only guess was vulgar stuff thanks to a gesture or two and Julie's apology. I said it was coo cause t wasn't like I could understand or anything. Julie us pretty funny, and she keeps it very real. I think she might like having someone she can talk shit to with no one else around understanding it, cause shit got real real while we were talking. But she's also pretty lighthearted. One day when she was talking to me on the street two customers approached who knew a lil English and she introduced me as "My friend, Couri" then immediately launched into the intro of Vanilla Ice's Ice Ice Baby. It was adorbs.
Its really cool that business owners here are like the ma and pa proprietors of old. Like you can just be pals with em. Like how my tobacconist and his wife are the sweetest people ever even if we legit can't understand each other or how Masamichi knows eeeeeeveryone. We kick it fairly often. He took me to the old salt fields in Utazu and explained how they used to basically farm for sea salt. 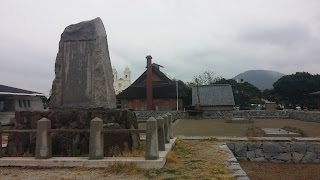 And he also took me to an Isakaya and taught me the Japanese word for strong drinker.(Apparently my tolerance is impressive.)

The weather here is nice, if a bit cold. Things are super chill, and I am duper happy. There are sweet ass statues and lil mini farms everywhere I look. Right up alongside bustling roads and urban apartment buildings. Its so anachronistic, and that makes it so wonderful. 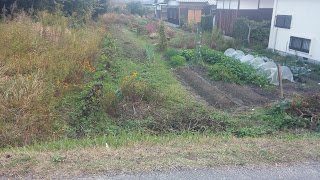 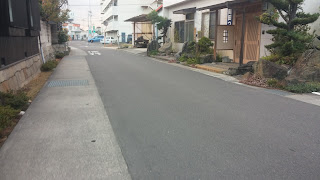 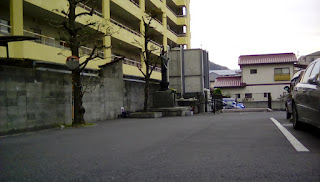 Of course there are also super weird mascots and little Yankee kids running around thinking their hard for listening to Maroon 5, which us also wonderful. 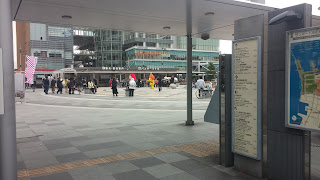 This last weekend I went out with a few other teachers and got my haircut by a super nice dude who speaks super good English, and then we mozied on over to Round 1 to sing karaoke. It was a blast. I'm gonna try to update more often. Make smaller posts and such. We'll see. For now here's a picture a student drew of me slamming my hand on a table full of two if one sleeping student. 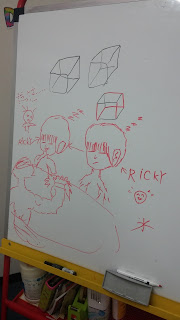 It was made out of love, I swear.
That little snow flake looking thing in the bottom right corner is my name in Kanji,
which Ricky saw when he wandered in at the end of a Masamichi lesson.
And he was all like "YOU'RE ICE!"
Posted by cjohnson at 2:52 PM