Wow I meant to write this a long, long time ago but I've been keeping myself pretty busy, and something was always popping up on the weekends.
Last month (wow, exactly, really) I went to Europe. London and Edinburgh specifically. It was a pretty radical time. The day after I arrived I traveled to downtown and arrived at the massively well known King's Cross station, which looked a little less wizardy than I expected. 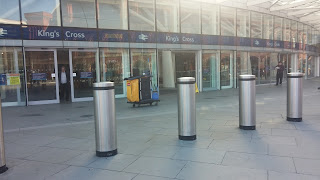 Behind these doors; the key to wonder or an okayish mall? You be the judge.

That is until I went round the corner and saw what was the proper entrance/exit. 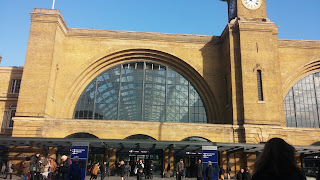 Although there were more homeless people than Rowling had mentioned.
I spent the bulk of that day roaming around the city and looking at things, getting lost a bit, and chilling at the British Library. Which was amazing. They were running an exhibit on Alice in Wonderland at the time, and had a (what I assume is) an ongoing exhibit of their treasures. These included hand written original manuscripts by such big bads as Jane Austen, (ah gasp) T.S. Eliot, Oscar Wilde--and so on and so forth. It was pretty radical seeing them, especially since some were written in a sloppy of hand writing as I have, and had huge swatches of exes drawn all over the page, and revision notes. Not Austen's though. Her shit was neat as fuck. 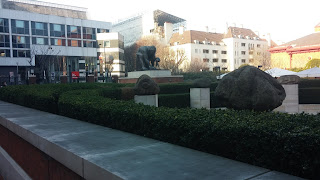 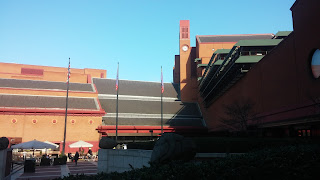 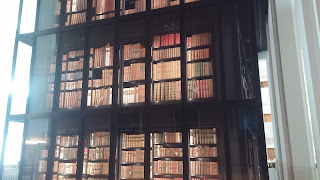 The next day was the day of the reading. I headed back to downtown and found my way to Charles Dicken's house which is now a museum. I wandered the halls and looked at all his old stuff like his writing desk, bed and wine cellar. Old portraits (he waskinda hot) and love letters written to his wife before she got old and he decided to leave her in the most dickish way possible. 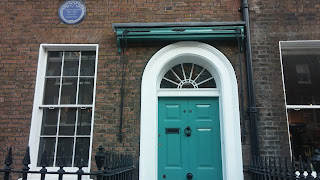 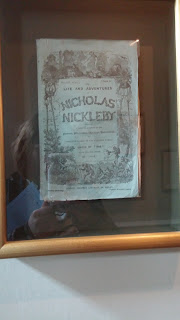 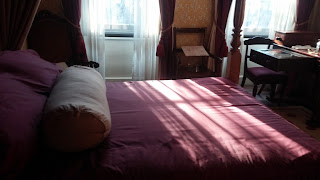 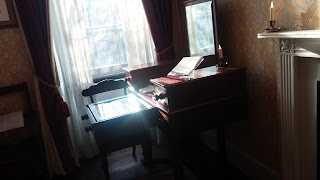 I wandered a bit more in that area--came across a spot for George Orwell, saw some nice, tidy parks, and so on, and then headed to the reading for the feminist YA Anthology I was pub'd in. It was at this little literary bar that I eventually had to cave and hail a taxi to get to, as my phone died and I was GPSless. It went really well. The people were nice, the selections interesting, and the moderator fantastic. She was introduced as an erotic poet jazz singer, and she didn't fail to live up to that title. She had a stunning stage presence. I got to talk to her and a few other folks from For Books' Sake after the reading, and I really dig what they're doing. They're dedicated to promoting the voices of women authors, and they seem really passionate, and really friendly. I def. suggest checking them out and watching what they do.

The anthology (which you can buy here:  http://forbookssake.net/store/products/resisters-stories-of-rebel-girls-revolution-empowerment-and-escape/ ) is marketed as stories of empowerment and escape and it is exactly that. The genres within it and the styles of writing are diverse and engaging--there's straight up realism to (of course) fantasy, dystopias, and steam punk, and at the heart of every story, a girl handling her girlness in her own unique way. It isn't full of the same cookie-cutter strong female leads who are strong mostly because they act and are like men--there's a range of femininity and gender expression, and they're all discovering themselves. I think its really great that fiction like this is being produced for teenaged girls. Its also really, spectacularly queer friendly, and not in a shy way.

The next day I hoofed it down to the British Museum, which was fantastic. Probably the biggest museum I've ever seen in my life. I must have spent three hours wandering around in there just looking at things. There were ancient Egyptian statues--the god damned Rosetta Stone--greek statues, parts of the Parthenon--you name it they pretty much have a part of it. 10/10, would recommend. 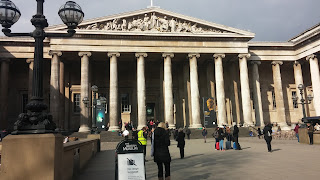 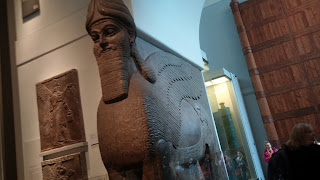 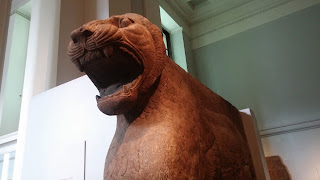 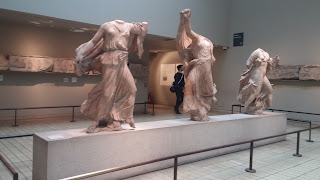 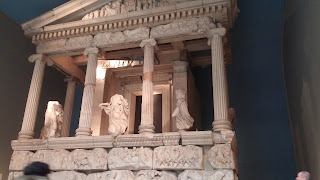 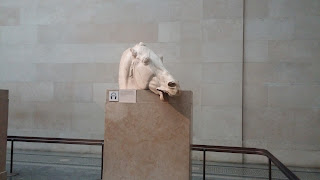 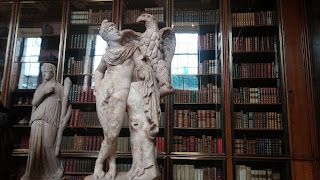 My favorite of the above is probs the decapitated horse head which out of context looks like an exhibit on the history of internet memes. After having spent what felt like enough time marveling at things I stepped back outside to reup my depleted nicotine stores and head down to some of the hottest tourist spots. I stopped off in the garden near the palace and shared bits of my sandwich with the birds there, learning that Charles Dickens was 100% right, crows are fucking awesome. Then I wandered over to the Palace itself and looked at it for a bit before heading towards Big Ben and Westminster Abbey. 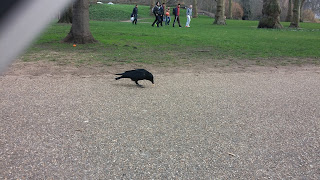 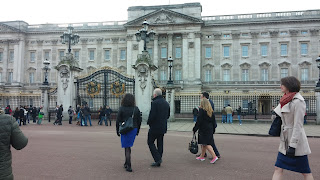 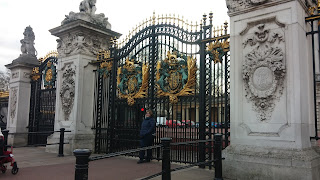 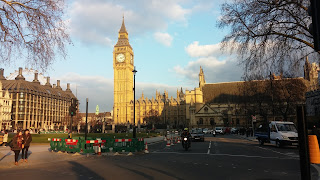 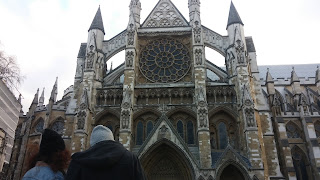 This was  a pretty hellacious day of walking so I turned in not long after, read a bit of the anthology, and went to bed. The next day I had to catch a train after all. To God's Country. Scotland. EDINBURGH. Which was--if you can't tell by the enthusiastic caps lock--the most beautiful city this kid has ever seen. Did you know that they filmed Diagon Alley in Edinburgh? I didn't. But I do now. And woah can I see it. 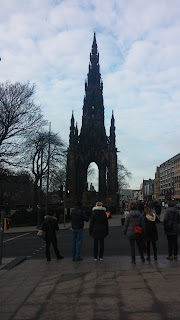 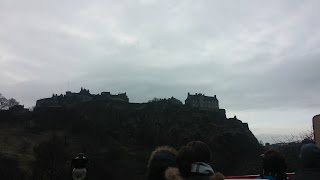 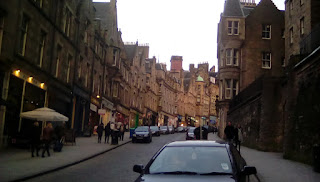 The people in Edinburgh were super nice and welcoming. The first pub I stepped in at 5ish pm was full of the kindest folk I ever did meet, so I stayed there for quite awhile getting drunk with them and talking about Scotland and America. There was another American woman there as well, in Scotland for a wedding, and we shot the shit about politics and Trump, and had a blast in general. It was just so rad. I think I understand where a lot of my personality comes from, having seen Scottish people party.
The next day (despite a hangover) I took to the streets and explored Edinburgh a bit before I had to catch my train back. I visited the Scottish National Museum, and took a look at the super scary haunted Grayfrair's Churchyard, where apparently a vengeful ghost lives that will from time to time scratch the fuck out of people.Its also home to this dude who had the sweetest most loyal pup that would chill by his grave all the time, and was eventually buried next to him. 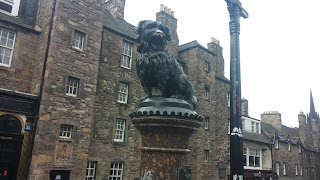 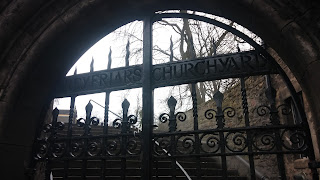 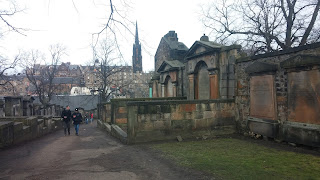 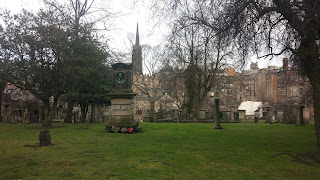 Then, I sat down for some Haggis. In Scotland. Land of my ancestors. Just as I always dreamed I would. On my 27th birthday. Fuck. Yes.
After, I took a train back to London, passed out, and got up at 6am to find out trains weren't running that early. I had to find myself a cab--which is an interesting story in and of itself, but I prefer to tell that one on one.
Having been back in Japan now there's some small stuff I did, and also a doll festival I attended-but I think I'll handle that next post cause now I gotta finish off my taxes. Yay bureaucracy.
Posted by cjohnson at 5:11 AM