So I've gotten more or less comfortable where I'm at. It wasn't too hard. Marugame seems pretty easy to navigate, and there's a lot about it that reminds me of home. They're simillarish in size, and sometimes I see something that is just so Youngstown, I could forget for a moment that I'm in Japan. 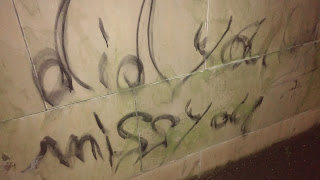 such as sloppy English graffiti near the train station. 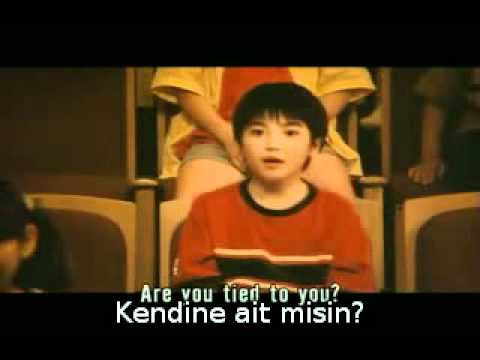 Every day I wake up, read some news, write a little of this or that, study either Japanese or for the GRE and then take a walk around the castle. Here, it seems easy to focus and manage all of that. Working in the evenings opens me up for my personal, most productive hours. Plus, the amount of hours are low and the work itself is kinda easy and fun. I like my students a lot. Right now we're actually switching semesters, so I'm not going to have many of them in the upcoming months. 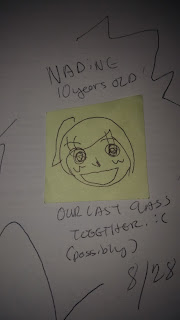 doodle by one of my faves that /I don't have next semester
As I get comfortable I notice more. Like the fact that the cigarette guy is selling smokes out of his house and he just has a window installed in the front. He seems way friendlier that I initially thought to, and chuckled when my yen almost floated away in the wind. I noticed because there was a woman sitting in the parlor talking, and it drew my eye a little deeper in. She smiled at me, said something to him, and he threw in a free lighter. (Score.)
I've been feeling a bit under the weather this weekend so no big big crazy adventures, except Sunday (today!) a few of my pals and I got together and headed to the Tokuma Mall. 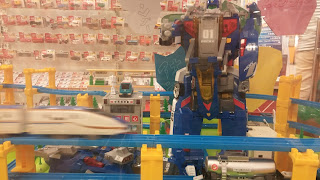 Our train was attacked by a Gundam while we were en route. Only us and a few others managed to survive.
We spent the day going in and out of stores. There was a shop selling kimono for like 10 bucks, but the obis were like 50 so I passed. We also ate at a little cafe where we split a parfait that is legit the size of your head. 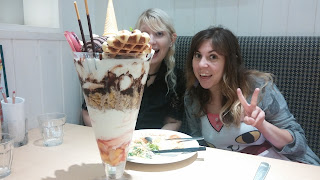 the most delicious head.

There were stores with bad english, halloween stuff, strange stationary and incomprehensible notebooks. Everything you could really want in a Japanese mall. There were also tons and tons of machines where you could pop in 200-400 yen and get a little figurine, like a lady who will sit on your cup, or a cat on a cake, or maybe a bathrobe for your cellphone. They also had their Halloween stuff out. 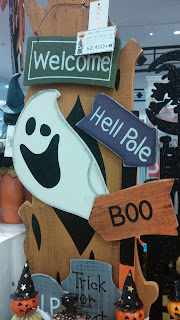 Hell Pole. Where Satan lives with his elves, right?

We even had this adorable photobooth competition where we split in to teams and tried to beat each other in a cute, scary, sexy and ugly photo. 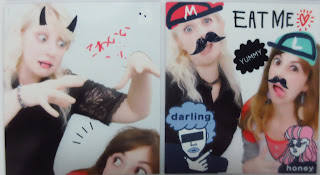 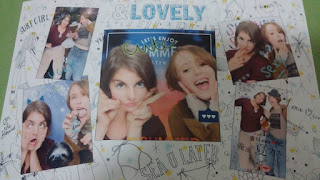 Laura and me
. On the way back to the train station Laura stopped near her house and we got to watch these weird fish that just jump out of the water all willy nilly for no determined reason. It was hypnotizing. It was a pretty fantastic day. Lots of fun. And things seem to be moving about as smoothly as they could be
Hope the states are treating you well, America-pals. And the semester for those at YSU.
Posted by cjohnson at 5:11 AM